President of the National Board of Education

Maria Emília Brederode Santos is the President of the National Board of Education, elected by the Assembly of the Republic in November 2017.

With a long experience in Education, she was president of the Institute of Educational Innovation of the Ministry of Education from 1997 to 2002 and represented the Ministry of Education in the National Commission for Human Rights Education (National Commission for the Celebration of the 50th anniversary of the Universal Declaration of Human rights and the United Nations Decade for Human rights Education) from 1998 to 2004. She co-authored the Education Guide for Human Rights Compasito, Council of Europe, 2007; the game Rights on the Loose- the 3 Dimensional Democracy Game, Association for the Cultural Promotion of the Child / APCC, 2004; and The Constitution of the Portuguese Republic for Kids, Assembly of the Republic, 2001 and 2002.

She was the pedagogical director of the TV show and the magazine Sesame Street (1987 to 1997) and author of the book Learning with TV, 1991 (CTW, 1992). She was president of the Portuguese Association for Arts Intervention and Education for Art (2006 to 2008), the Evaluation Committee of the School of Education for Art (1981 to 1982) and the Interministerial Group for Art Education (1996). Author of books Assessment of the School of Education through Art, IIE/ME, 1994, and The Pygmalion Apprentice, Lisbon, IED, 1985 and 1991 - about her experience of teacher training at the Faculty of Sciences of the University of Lisbon. She was a member of the Installing Commission of the School of Education of the Polytechnic Institute of Setúbal and president of its Scientific Council. She was President of the General Council of the Polytechnic Institute of Setúbal until November 2017. She is a member of the Opinion Board of Portuguese Television and Radio.

She is a member of several Associations (such as the Portuguese Permanent Education Association) and a member of the board of APGES (Global Platform for Syrian Students) and informal groups such as the informal Group of Education for Literacy Mediatic (GILM) and the group Inquietações Pedagógicas (Pedagogical Concerns blog, facebook and Jornal de Letras). 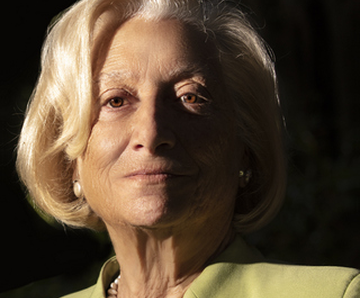